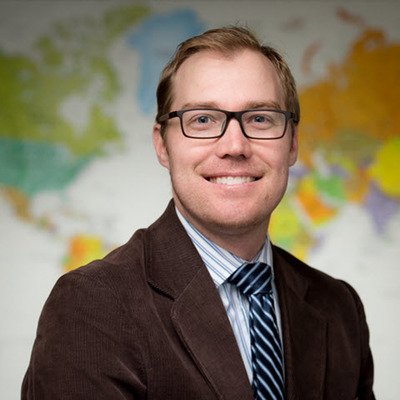 An article, co-authored by a researcher at the Notre Dame Initiative for Global Development (NDIGD), titled “Identifying Mental Health Problems and Idioms of Distress Among Older Adult Internally Displaced Persons in Georgia,” has been published in Social Science & Medicine, a peer-reviewed academic journal published by Elsevier.

The article was co-authored by Paul Perrin, the monitoring and evaluation director at NDIGD and a concurrent associate professor of practice in the Keough School of Global Affairs. Perrin wrote the article with five other researchers from the Johns Hopkins Bloomberg School of Public Health.

As part of the research detailed in this article, the researchers worked with three groups of older adult internally displaced persons (IDPs) originally from Abkhazia and South Ossetia, both of which are contested and autonomous regions of Georgia. In the early 1990s, hundreds of thousands of Georgians were displaced by violence related to secessionist movements that emerged in the years following the country’s declaration of independence from the newly dissolved Soviet Union.

At the time of the study, over 200,000 people remained internally displaced in Georgia and the researchers explain that there has been little research done on mental health among the country’s IDPs in the last decade; an issue that is not unique to Georgia. “In humanitarian and displacement contexts, the needs of affected older adults are frequently overlooked, and dedicated programming and support for older adults is often unavailable,” say the researchers. “Limited attention and services exacerbates vulnerabilities that older adults face after disasters.”

The researchers asked older adult IDPs involved in the study about their perceptions of problems in the community, as well as probing about what constitutes healthy functioning for this population. They also asked questions related to psychosocial health in an effort to identify the effects of displacement on mental health.

Across the board, health problems were determined to be the number one community or health-related concern of IDPs in all three groups studied. Having no money for health insurance, medication, or to improve living conditions were also top concerns.

When asked about displacement-related issues, the researchers found that indifferent attitudes and treatment toward IDPs by their fellow Georgians was a top concern. Respondents also expressed distress over being unable to return to Abkhazia or South Ossetia, as well as not having ownership of their current property. They also expressed distress at the lack of historical or social ties to their current communities.

“These problems were described as having lasting effects and continuing to permeate older IDPs’ daily lives. Losing homeland and difficulty adapting to new communities was described as particularly impactful for older IDPs,” explain the researchers. “Living in protracted displacement without clear prospects for return or reintegration appeared to lead to a collective psychological insecurity among respondents, which manifested as despondency, depression, nervousness, inactivity, and isolation.”

The researchers suggest that governments and development organizations can take a number of steps to better serve the unique needs of older adult IDPs, such as “increasing outreach counseling, promoting social protection, and improving economic opportunities.” The researchers also argue that interventions should empower IDPs to develop their own social networks and communities so that individuals can both receive and give social support when needed.

The researchers describe the article as just the “first phase of a larger mixed-methods investigation assessing the mental health status of older, adult IDPs in Georgia.” It was accepted for publication by Social Science & Medicine in May and will be formally published in print later this year.

Established in 1967, Social Science & Medicine “provides an international and interdisciplinary forum for the dissemination of social science research on health” and publishes a variety of written content in addition to journal articles in order to “inform current research, policy and practice in all areas of common interest to social scientists, health practitioners, and policy makers.”

The Notre Dame Initiative for Global Development — an integral part of the new Keough School of Global Affairs at the University of Notre Dame — promotes human development and dignity among people worldwide through applied innovations, impact evaluation, education, and training that help build just and equitable societies.