Kellogg Institute for International Studies Faculty Fellow Scott Mainwaring presented a new analysis of Latin American democratization at a March Washington DC workshop directed at policy makers and analysts, identifying why Latin American democracies have emerged and then subsequently stabilized or broken down. 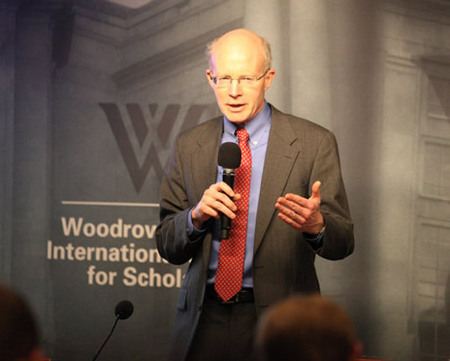 Looking to the future, he predicted few coups or democratic erosions but called the challenge to further strengthen democracy in the region.

According to Mainwaring, political actors’ commitment to democracy and a regional political environment that favors democracy are both key to increasing the probability of countries making the transition to democracy and then becoming stable democratic regimes.

However, in counterintuitive findings, factors such as per-capita GDP, economic performance, GINI coefficient, and oil wealth had no effect on democratization or on regime breakdown.

Held at the Wilson Center, the workshop attracted over 100 attendees from academic and policy institutions, including the World Bank, the Organization of American States, the US Department of State, and numerous embassies, international organizations, and NGOs.

“Conversely, we need to test the ideas we develop in the tranquility of the academy against the experience of those who are in the crucible of policymaking. This collaboration provided an ideal forum for us to do so.”

Mainwaring and coinvestigator Aníbal Pérez Liñán, a Notre Dame PhD who is now an associate professor at the Univeristy of Pittsburgh, have spent a decade thinking about theories of regime change and analyzing regimes in Latin America. 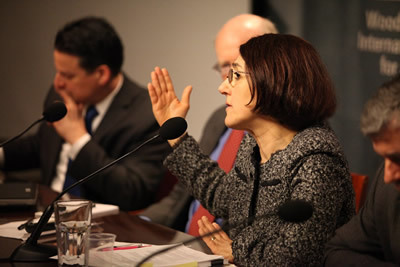 “In the post-transition period, a past history of democracy helps build high-quality democracy,” said Mainwaring. “And radicalism is a key predictor of democratic erosion.”

“Actors must be willing to sacrifice their agendas in order to protect and defend democracy,” said Hagopian, who emphasized the policy implications of several of the new findings.

“We don’t have to wait,” she said, explaining that the data clearly show it is not necessary to hold off on promoting democracy until a country is wealthier or more modernized.

Levitsky called the Mainwaring–Pérez Liñán work “landmark research” and predicted it would have major impact. 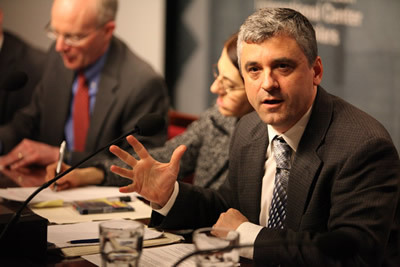 “This book goes further than any other in explaining the theory of regime variation in Latin America,” he said.

In his mind, the great contributions of the new study are placing actors at the center of policy analysis and emphasizing the role of the international environment.

“Region matters,” he said. “Mainwaring and Pérez Liñán show how the regional environment in the Americas shaped regime outcomes consistently and powerfully.”