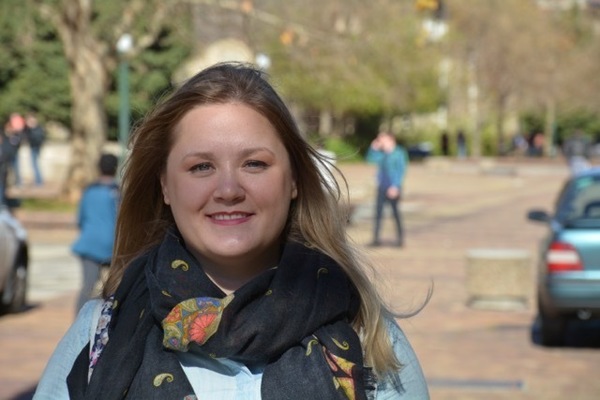 USAID | Notre Dame Global Development Fellow, Emily Maiden, is currently in Cape Town, South Africa conduting research for the Kellogg Institute for International Studies Varieties of Democracy Project. While conducting research at the University of Cape Town (UCT), Emily has had the opportunity to witness first-hand the #RhodesMustFall Movement launched by UCT students. Below is an excerpt from her entry, "Rhodes Must Fall" in her personal blog, where Emily reflects on the roots of the movement, and its implications.

Shortly before I arrived here in Cape Town, a group of students from the University of Cape Town (UCT) launched a protest movement called #RhodesMustFall, which was initially aimed at forcing the removal of a large statue of Cecil John Rhodes from UCT’s Upper Campus. This protest movement was just one of many over the years here at UCT and at other universities across the country aimed at removing images and statuary that are seen by many students to be enduring symbols of oppression, social injustice, and colonization.

First, who was Cecil J. Rhodes? Well, where do we even begin? According to his Wikipedia page, Rhodes was a “British businessman, mining magnate, and politician.” He was also an “ardent” believer in British colonialism. You may know him from the fact that he had an entire African colony named after himself, Rhodesia (now Zimbabwe and Zambia). You may know him as the founder of the internationally recognized De Beers diamond company (now famous for its monopolistic practices and for trading in blood diamonds). Or you may have heard of him for being the architect of the illustrious Rhodes Scholarship.

For the rest of Emily's entry, please see her personal blog.