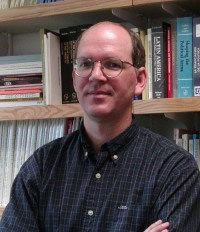 An ambitious international research effort to illuminate why democracies around the world succeed or fail has been awarded approximately $5.8 million (37.5 million SEK) over six years by the Swedish foundation Riksbankens Jubileumsfond (RJ).

The Varieties of Democracy project (V-Dem), based in the US at the University of Notre Dame’s Kellogg Institute for International Studies and in Europe at the University of Gothenberg’s Varieties of Democracy Institute, promises to make entirely new kinds of democracy research and policy assessment possible by quantifying democracy in all countries from 1900 to the present.

The effort is led by Notre Dame political scientist Michael Coppedge, John Gerring of Boston University, and in Sweden, Staffan I. Lindberg of the University of Gothenburg and Jan Teorell of Lund University. Their team includes 18 researchers at 13 universities in the US, Europe, and Latin America, as well as the input of nearly 2000 country experts around the world.

“V-Dem has amassed a database of 11 million data points, and by the time this grant starts, we will be nearly finished with data collection,” says Coppedge. “This grant will make it possible to immediately dive into analysis of key questions: What are the main dimensions of democracy? What are the internal and external drivers of regime changes toward or away from democracy?”

The RJ funding will allow the research team to aggregate and simplify vast quantities of data on 329 aspects of democracy as well as to identify much more precisely than has previously been possible the sequencing of various stages of democratization and the processes by which democracy spreads from one country to another.

“The V-Dem approach stands out as a large global collaboration among scholars with diverse areas of expertise and as the first project attempting to explain different varieties of democracy,” says Coppedge. “Thanks to the highly disaggregated V-Dem data, it is also the first project to explore causal mechanisms linking different aspects of democracy together.”

V-Dem researchers plan to produce a working paper series, at least one edited volume, and many journal articles over the time period of the grant, Coppedge says.

In mid-2014, the data will be made freely available to anyone interested in democracy.

“V-Dem data will be used not only by researchers who want to understand the nature, causes, and consequences of democratization but also by governments and international organizations that need to assess the effectiveness of their democracy-promotion programs, students and journalists tracking progress toward democracy, and local NGOs that need reliable evidence to hold their own governments accountable,” says Coppedge.

Riksbankens Jubileumsfond (RJ) is an independent Swedish foundation that promotes research in the humanities and social sciences.