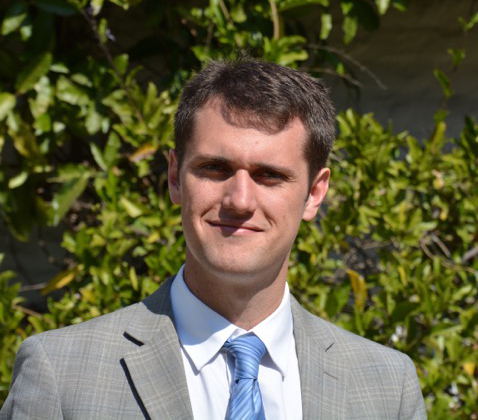 USAID | Notre Dame Global Development Fellow Craig Iffland is currently in Johannesburg, South Africa conducting research at the Afro-Middle East Centre. His research project, "The Applicability of International Humanitarian Law in Contemporary Armed Conflict" has led to various opportunities to conduct lectures in the area. In his own words, Craig reflects on his experience, and the various opportunities he has had to share his research. 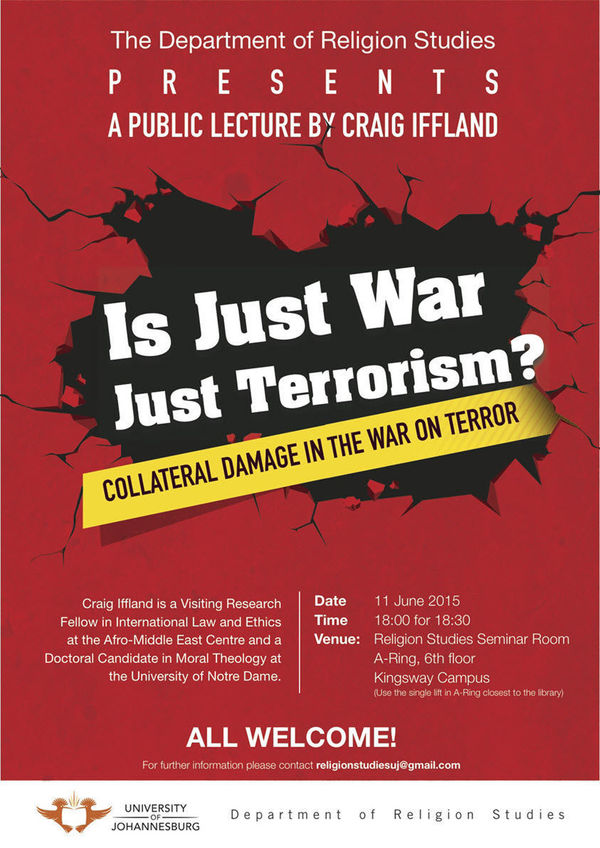 Although I’ve only been in Johannesburg just shy of two months, I really hit the ground running here. Within the first week, I gave a postgraduate seminar at the Religion Department of the University of Johannesburg. The seminar focused on the work of Alasdair MacIntyre, a prominent moral philosopher and Professor Emeritus at the University of Notre Dame. That seminar led to an invitation by the department for me to give a campus-wide lecture on June 11. The title of my lecture was ‘Is Just War Just Terrorism: Collateral Damage in the War on Terror.’ In the lecture, I examined the parallel justifications of collateral damage offered by the United States and Al-Qaeda in the course of the War on Terror. The lecture was well attended in spite of its being the only rainy day during my whole stay!

As the University of Johannesburg boasts many world-renowned scholars in Islamic Studies, I learned quite a deal from the discussion following the lecture. I’m now preparing for another lecture at the moment, which is set to take place on July 1 at the South African Institute for Advanced Constitutional, Public, Human Rights and International Law. The topic of the lecture will be “The Principle of Necessity and Justifications of Collateral Damage.” Those in attendance will be mostly lawyers so I expect to receive a lot of good feedback on my analysis of international law of war vis-à-vis collateral damage. I’m also in the process of securing a few media interviews here in Johannesburg regarding my research on collateral damage as well as the Pope’s latest encyclical Laudatio Sii.