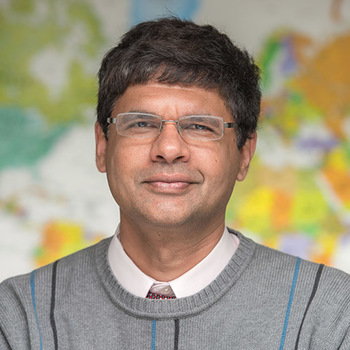 An article co-authored by a researcher at the Notre Dame Initiative for Global Development (NDIGD), which examines the results of a post-project sustainability study (PSS) of a U.S. Agency for International Development (USAID)-funded program in Indonesia, has been published in the Maternal and Child Health Journal, a quarterly, peer-reviewed medical journal.

The article, "Sustainability of a Community-Based CHOICE Program to Improve the Health and Nutrition Status of Mothers and Infants in Indonesia," was co-authored by Lila Khatiwada, a monitoring and evaluation specialist at NDIGD, as well as two researchers from the global non-profit Project Concern International (PCI): Clara Eder and Janine Schooley.

The PSS was the primary objective of "Project CHOICE: Six Years Later," a collaborative effort between NDIGD and PCI. Throughout the project, the two organizations examined whether the USAID-funded CHOICE program had left sustainable impacts in the Pandeglang District of Indonesia. The CHOICE program aimed to improve the health and nutrition status of children under the age of five, as well as the health status of pregnant and lactating women and mothers or caretakers of young children.

After examining the data collected from the PSS, the researchers found that there were significant improvements in many indicators—such as births attended by skilled personnel, the treatment of diarrhea, and the nutritional quality of food fed to infants—in the six years after the CHOICE program ended.

However, despite these improvements, the researchers found no significant statistical differences between villages that received the CHOICE program interventions and comparison villages, which did not.

In the article, the researchers determined that while it was possible that the CHOICE program "contributed to improving the health of participants long-term;" efforts by local governments, other groups, or other programs may have accounted for the improvement of indicators in comparison villages, despite the fact that they did not receive interventions from the CHOICE program.

"Perhaps the most important conclusion of this study is the recognition of how challenging it is to successfully undertake PSS," conclude the researchers at the end of the article. "It is hoped that the lessons learned from this study will increase potential for sustainable impact of projects, as more rigorous measurement will lead to greater overall understanding of how sustainability actually 'happens.'"

The article will be formally published in the Maternal and Child Health Journal later this year.

Khatiwada's research interests include rural sociology and development, microfinance, agricultural development, infrastructure development, and water, sanitation, and hygiene (WASH). He has utilized his expertise in impact assessment with a special emphasis on quasi-experimental design and mixed methods in projects funded by the National Science Foundation, the Bill and Melinda Gates Foundation, USAID, and the European Union.

Established in 1997, the Maternal and Child Health Journal "offers an exclusive forum for advancing scientific and professional knowledge of the maternal and child health (MCH) field."

The Notre Dame Initiative for Global Development—an integral part of the Keough School of Global Affairs at the University of Notre Dame—promotes human development and dignity among people worldwide through applied innovations, impact evaluation, education, and training that help build just and equitable societies.