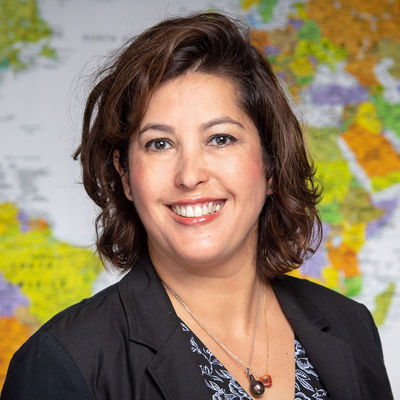 An article, co-authored by a researcher at the Notre Dame Initiative for Global Development (NDIGD), which examines the voter registration habits of young, newly eligible Mexican citizens, has been published in Coyuntura Demográfica, an electronic journal published by the Mexican Demographic Society.

The article, "Evaluation of the Progress in the Early Incorporation of Young People to the Electoral Roll in Mexico," was co-authored by Estela Rivero, a research associate within NDIGD's Evidence and Learning Division, and Abigail Vanessa Rojas Huerta, at the time a graduate student at the El Colegio de México, A.C.

In the article, the researchers explore whether voters under the age of 21 are proportionally represented on Mexico's Federal Electoral Registry, as well as whether young voters are registering to vote in a timely manner. The researchers found that currently, and country-wide, young voters are not only registering to vote but doing so promptly. The researchers determined that, on average, within four months of turning 18 years old, most citizens register to vote. Additionally, they discovered that by 25 years of age, voter registration is nearly universal throughout the country.

"To reduce the late registration of young people and maximize Electoral Registry coverage, [the] Instituto Nacional Electoral (INE) has recently made important efforts," concluded the researchers, highlighting INE initiatives such as advertising campaigns encouraging youth voter registration. "Our results should serve to show the absence of bias in the Electoral Registry and INE around [young voters]."

"The research for this paper began when the INE invited various researchers to evaluate the Electoral Registry system before the 2018 Federal Elections. Past studies had indicated that, despite important advances in the Electoral Registry coverage, Mexican youth were still one of the groups with lower and later registration rates," said Rivero. "However, no formal evaluation had been conducted to assess the current extent and geographical variation of late registration. This paper filled that gap and provided evidence to show that the Electoral Registry lacked age bias. This information was especially relevant during the hotly contested 2018 federal elections."

Rivero's primary research interests include violence prevention, migration, education, youth, and the care economy. As a social demographer, she specializes in the formulation and implementation of research studies aimed at improving social interventions and programs.

The Mexican Demographic Society publishes Coyuntura Demográfica biannually in collaboration with several leading Mexican institutions of higher education. The journal "was born as a collective project that seeks to fill a space for discussion among the community of population experts and at a broader level on current demographic issues," and aims to "become a space for presenting research results based on solid methodological work."