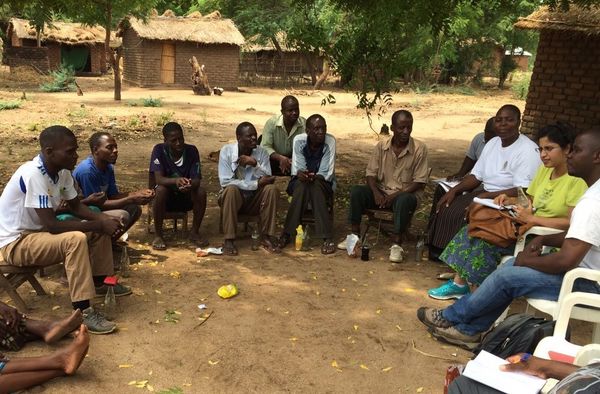 UBALE, which means “partnership” in Chichewa, the predominant language in Malawi, takes a comprehensive approach at alleviating poverty. Areas of project intervention include health, agriculture, business development, gender equality, and local governance. The study will focus specifically on the evaluation of local governance interventions.

Beginning in 2015, in order to increase accountability and transparency, the Government of Malawi (GOM) publicly announced a Public Sector Reform agenda that includes enhancing decentralization as well as other key reforms. The commitments made by the GOM through the Ministry of Local Government and Rural Development include greater fiscal decentralization of the development budget, administrative decentralization (of staff currently working for line ministries but at the local level) and revisions to the Local Government Act and the Chiefs Act. The renewed elected local government structure, coupled with the GOM commitments, create an opportunity for substantive reform that, if implemented well, could improve local services and accountability for average Malawians. The UBALE project aims to engage local governments to improve their capacity to serve the local communities. CRS will hold training sessions for local government committee members to achieve this.

NDIGD’s involvement is specific to southern Malawi, particularly the Blantyre Rural, Chickwawa, and Nsanje districts. Monitoring and evaluation specialists are tasked with researching whether or not, and the extent to which, training sessions are effective in improving local governments’ capacity. NDIGD will work closely with CRS and its partners to employ a delayed rollout process; of the 250 local communities across the three districts in Malawi, NDIGD will assign certain communities to receive the intervention during the first year of the project in 2016, with others not receiving the intervention until 2017. This will allow NDIGD to best compare the communities in determining the overall impact of the project.

A third component of the project consists of researching the perception and role that gender plays within local government and women’s willingness to run for positions in the village committees. There has been a social push in recent years to ensure more female participation through quotas, but it is not clear whether that has translated into active participation and leadership. Currently, women mainly hold tertiary roles on government committees, or they are solely involved to represent their husband.

NDIGD Monitoring and Evaluation Specialists Danice Brown and Tushi Baul will be working on the evaluation with Jaimie Bleck, Assistant Professor of Political Science, the Kellogg Institute for International Studies's Ford Program in Human Development Studies and Solidarity, and PhD students Emily Maiden and Juan Valdez, and undergraduate student Samuel Lucas are also involved in the project.

An integral part of the University’s Keough School of Global Affairs, NDIGD works to promote human dignity through applied research, assessment, monitoring, evaluation, and training. The Keough School, scheduled to open in August 2017, will prepare students for effective and ethically grounded professional leadership in government, the private sector and global civil society, engaging them in the worldwide effort to address the greatest challenges of our century.